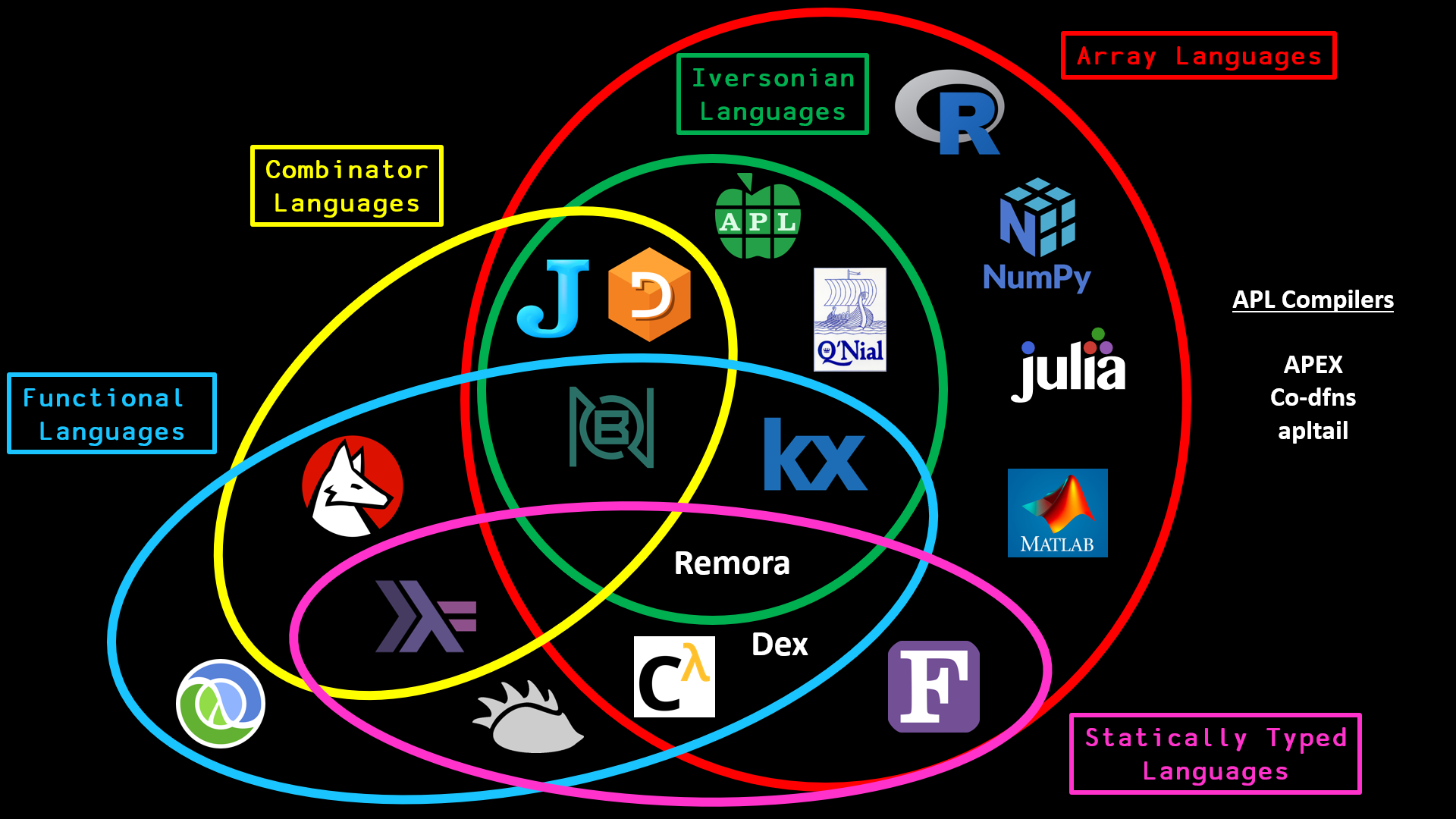 On the most recent episode of ArrayCast, we interviewed Troels Henriksen about the Futhark Programming Language. From the website, “Futhark is a statically typed, data-parallel, and purely functional array language in the ML family, and comes with a heavily optimising ahead-of-time compiler that presently generates either GPU code via CUDA and OpenCL, or multi-threaded CPU code.”

While talking to Troels about accelerating array languages, I asked what other languages and projects operate in the same space. This short blog post is basically highlighting the response we got from Troels.

On top of this, several other initiatives were mentioned, including:

The following people have been or are actively involved in working on the above projects:

My plan is to try and have as many of the above folks on ArrayCast in the future. I will update this blog post with links whenever one of them appears.

Some honorable mention projects (some that didn’t get mentioned) but are relevant to the space are:

Other links of interest that I came across while compiling all the links for this blog are:

The last link was written a few days after the ArrayCast episode aired. Finally, you can find comparisons of different array languages at my Array Language Comparison GitHub repository, which is where the graphic at the top of the article is from.